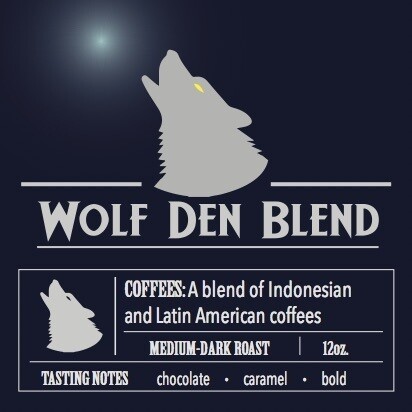 We have long been looking for a way to celebrate our community. The town of Putnam, CT was named after General Israel Putnam who was known for his bravery during the Revolutionary War and probably best known for his quote: "Don't fire until you see the whites of their eyes!" during the Battle of Bunker Hill.

But before his time as a general and while living in Pomfret, CT, Israel Putnam was already showing his bravery. Legend has it that a she-wolf kept attacking the his sheep and those of his neighbors. Not willing to accept this, Israel Putnam decided that, with the help of his neighbors, he would pursue the wolf to protect the flocks.

One winter night, the she-wolf was spotted and the group followed her for miles until she entered a cave. The men lit a fire and waited outside the cave to see if she would come out. When hours passed and she did not, Israel Putnam decided to enter the cave with a torch to find her. Since the cave was only large enough to crawl into, they tied a rope to Israel Putnam's feet so that they could drag him out. It took several attempts, but they finally defeated the wolf.

The location of this wolf den is now on the National Register of Historic Places, located in Mashamoquet Brook State Park in Pomfret. To celebrate our heritage and the brave and courageous spirit that our community is known for, we have created our Wolf Den Blend. This blend was created with coffees that have bold and intense flavors that invoke the sense of bravery that Israel Putnam displayed that winter night. Now the only question is: are you brave enough?

Save this product for later
Display prices in: USD